Mr. Flood is an economic-exploration geologist with global experience focused on various commodities over the past 15 years. Mr. Flood co-founded Kenorland Minerals in 2016. Prior to Kenorland, Mr. Flood spent numerous years within the Ivanhoe Group, undertaking project generation and business development, including evaluation of early to advanced stage M&A opportunities in the mining sector.

Yu Yamato has worked with Sumitomo Metal Mining Co., Ltd. as a geologist for over 23 years and holds a Master of Science from the Geological Institute of the University of Tokyo. He is currently a manager and senior geologist within the mineral resources division of SMM in Japan. Prior to this role, he was the president of Sumiko Resources Exploration & Development Co., Ltd., a subsidiary of SMM and was the geology manager for SMM at the Côté Gold Project in Ontario which is joint ventured with IAMGOLD Corporation.

Zach is an experienced geologist who has managed mineral exploration in various countries around the world including Mongolia, China, Dem. Rep. Congo, Peru, Argentina, Canada, and the U.S. over the past 15 years. Zach also spent numerous years within the Ivanhoe Group, evaluating early to advanced stage M&A opportunities in the mining sector.

Francis is an exploration geologist who has spent the majority of his career with Newmont Mining Corporation managing grassroots exploration projects in North America, West Africa, and East Africa. He has extensive knowledge of exploration and targeting techniques related to orogenic gold and VMS deposits in Precambrian terranes.

Mr. Kong is a graduate from the Simon Fraser University, completing his Bachelor of Business Administration in 2005.  He received his Certified General Accountant designation in 2008 and his Chartered Accountant designation in 2010. Mr. Kong is currently a senior member with Michael Waldkirch & Company Inc., Chartered Professional Accountants, in Vancouver, BC. He has extensive experience in controllership and financial reporting for public companies in the oil and gas and mining sectors listed in Canada and United States.

Mr. Sujir is a securities and natural resources lawyer who has 23 years of experience in advising and assisting public companies. He is a senior partner with Farris LLP. Mr. Sujir is a member of the Law Society of British Columbia and the Canadian Bar Association.

Mr. Trotman is a professional geologist with a broad range of experience within the mining industry, having worked in both buy-side and sell-side positions as well as technically focused responsibilities with major mining companies. Mr. Trotman is currently the President and CEO of Barksdale Resources. Rick was previously with Resource Capital Funds, a leading mining-focused private equity firm, where he was involved in executing a broad range of investments spanning the precious, base and minor metal spaces and was also responsible for establishing and managing the firm’s portfolio of exploration investments. He holds a Master of Science in Economic Geology from the University of Nevada Reno and a Bachelor of Science in Geology from Washington State University.

Scott has been involved in a broad range of positions and responsibilities, including mineral exploration and project evaluations since 2007. He honed his technically driven skillset during his time as a leading geologist on the Madrid deposit, at the Hope Bay Project for Newmont Mining Corporation. Scott’s ability to develop comprehensive three dimensional geologic models integrating wide ranges of datasets has been an integral part of his success from grassroots exploration to resource development. His most recent role was Senior Geologist within Newmont Mining Corporation’s Exploration Development Group conducting project generation and evaluations.

Mr. Levy has 25 years experience in financing and management of Canadian mining companies. Mr. Levy is currently the President, CEO and Director of Generation Mining. Mr. Levy  was previously CEO of Pine Point Mining which was acquired by Osisko Metals.

Janek is an exploration geologist and geoscientist with experience in early to late stage mineral exploration projects as well as mid-stream oil and gas projects in Canada, US, Australia and Peru. Since 2009, Janek has consulted with several junior to major energy and resource companies and has gained a broad multidisciplinary skillset with a focus on program planning and project management.

Dave is a mineral exploration geoscientist with over 10 years combined experience in mineral exploration and geoscientific research throughout Canada, Australia and South America. He has worked with a number of junior and mid-tier companies focusing on regional scale targeting to deposit scale resource definition. His current PhD research (being concluded at The Centre for Exploration Targeting; The University of Western Australia) involves developing and implementing an integrated structural geology and potential field geophysical approach to identifying crustal-scale architectural controls on mineralized systems. With combined experience in mineral exploration and exploration focused academic research Dave is positioned to be a leader among the next generation of mineral exploration geoscientists through applying sound scientific reasoning to develop exploration strategies capable of unlocking the mineral potential in previously overlooked terranes. 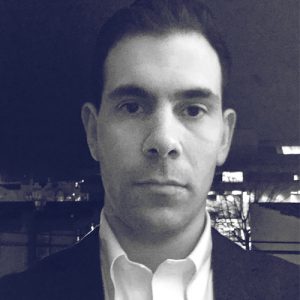 Alex is a finance professional and holder of the Chartered Financial Analyst designation. He is a member of John Tognetti’s team at Haywood Securities and has experience in all aspects of the Canadian Capital Markets. Prior to Haywood he served as an assistant to Chief Financial Officer of Pacific Waterfront Partners a Real Estate Development firm based in San Francisco.

Mr. Orr has been involved in exploration industry since 2005. He has undertaken roles from prospecting, staking, and soil sampling through to targeting, drilling and
modelling. He has worked primarily in precious and base metal systems in North America, South America and East Africa for mid-tier and major companies. 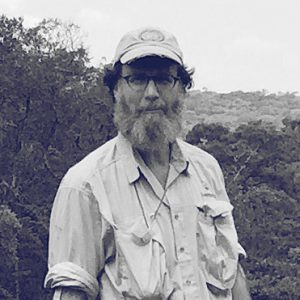 Dr. Broughton is recognized as an expert in sediment-hosted copper deposits, and has been a key participant in several discoveries and successful development projects. After completing BSc and MSc degrees at Univ. of Waterloo, he worked 10 years in gold exploration and mining in Canada, primarily in the Abitibi, for companies including Hemlo Gold, Agnico-Eagle, Canamax and Cyprus Amax. From 1997 to 2000 he was Geology and Project Manager for Cyprus Amax’ Kansanshi pre-feasibility project, now Africa’s largest producing copper mine. This lead to PhD studies on the Central African Copperbelt at the Colorado School of Mines. Joining Ivanhoe Mines in January 2008 as VP Exploration, he was co-leader of the Kamoa discovery team that was the 2015 recipient of the Prospectors & Developers Association of Canada’s (PDAC) prestigious Thayer Lindsley Award for International mineral discovery of the year. He also lead the Ivanhoe team that discovered the world-class Flatreef PGE-Ni-Cu deposit in South Africa’s Bushveld Complex, which is currently being developed. Dr. Broughton is a Fellow of the Society of Economic Geologists and a Fellow of the Geological Association of Canada, and recently transitioned to a role at Ivanhoe Mines as a Senior Technical Advisor.

Mr. Gutsche brings over 10 years of diverse mineral exploration and technical experience to the team complimented by a strong track record in innovation and discovery. He is an active participant in the development of modern communications, visual products, and marketing materials in support of translating resource opportunities and value creation throughout the exploration sector. Prior to this role Mr. Gutsche held previous roles with Newmont Corporation, Riverside Resources and Sabina Gold & Silver Corp.

Mikhail is a programmer with a background in geosciences. He holds a B.Sc. degree in Earth Sciences and M.Sc. degree in Planetary Geoscience from Brock University. He wrote his M.Sc. thesis on the structural geology of Valles Marineris, Mars, based on morphometric analysis of LiDAR topography. His current PhD research (conducted at Jacobs University Bremen) involves developing and implementing geospatial interoperability standards so that data from different sources can be used together to constrain distribution of extraterrestrial mineral deposits. 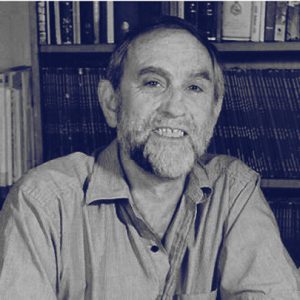 David is currently an internationally known geological consultant who has consulted to both global major gold mining companies, including Newmont and AngloGoldAshanti, and Australian and Canadian junior gold and lithium exploration companies. David joined the Geology Department at the University of Western Australia as a Lecturer and progressed to Professor (Personal Chair) as he became Director of the Key Centre for Strategic Mineral Deposits and Centre for Global Metallogeny. During his academic career, David supervised/co-supervised over 250 BSc (Hons), MSc and PhD students and was author/co-author of approximately 500 publications. He has been awarded 12 medals/awards for this research including the Gold Medals of both the US–based Society for Economic Geologists (SEG) and the Europe-based Society for Geology Applied to Mineral Deposits (SGA). Before retiring as Emeritus Professor, he co-founded the successful Centre for Exploration Targeting (CET) at UWA for his successor. David has been President of the Geological Society of Australia, the SEG, and the SGA. In the past, he has acted as an advisor on commodity-based geological mapping, GIS-based mineral endowment studies, and publications promoting mineral potential to CPRM (Brazil Geological Survey) and the Geological Surveys of Finland, Tanzania and Zimbabwe. His major expertise remains lithospheric to deposit scale assessment of mineral resources, adopting a hierarchical approach to scientific exploration, and emphasizing the commonly undervalued importance of basic geology, geological maps, and Government databases in mineral exploration.

Alex is an exploration geologist with extensive planning and management experience in global gold and base metal systems. His current Masters project
(Laurentian University) focuses on the application of spectral imagery of glacial clasts for grassroots exploration. Prior to joining the company, Alex worked closely with the team through the
discovery and growth of the Regnault gold system and additional project advancements of the company’s Quebec projects. 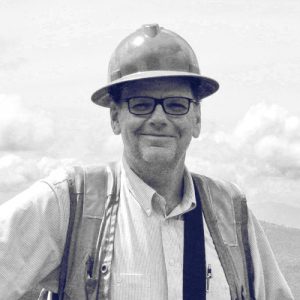 Rick Valenta is a structural and economic geologist with over 30 years experience in mineral exploration research, consultancy and management. He has played a key role in numerous successful exploration programs with a range in focus including regional project generation, opportunity review and sourcing, regional and local 3D modelling of mineralised systems, and advanced exploration of known prospects, working with a range of major and junior companies. He is a specialist in high quality structural interpretation of geophysical datasets, and has taught short courses on the subject to a large number of industry, government and university clients. He has a strong background in a wide range of gold, copper, base metal, uranium and tin/tungsten deposit styles, and has worked extensively in Australia, Latin America, North America, Africa and Asia. He has held senior management and technical positions in a number of ASX and TSX junior companies who have successfully created significant value for their shareholders through sale of the company or individual projects. He is currently an Executive Director with Mantle Mining Corporation (ASX:MNM).